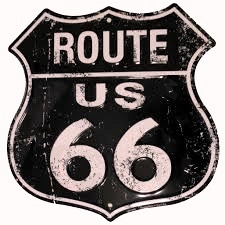 Soul Fiction Factory, the publisher of the graphic novels Ruined My Rhythm, Volumes 1-3, have a new comic book series called Weird and Strange Tales on Route 66. Its first issue is a story written by Robert Soul and Illustrated by Anna Cooper called The Wizard Tailor of Creek County. Set in Oklahoma, it’s a tale about Noble Danseur, a teenager who discovers strange happenings after delivering costumes to the citizens of Creek County, Oklahoma.

WHAT ISN’T STRANGE: Everyone in Creek County, Oklahoma is eating Tabouleh.

WHAT IS STRANGE: People are putting costumes on and becoming something they’re not.

First, Billy Fortune, a high school sophomore, puts on his costume and starts competing in the 7-8 year-old division. Then, Bob Burton, who used to own the gas station down the road, puts on the doctor’s coat, and everyone thinks he’s a shrink. Now, Silvester Tender, the old guy who retired from the factory, he’s the new basketball coach, all because he put on that sweatsuit.

Is it a true story, who is The Wizard Tailor of Creek County and what connection does he have with the historic Route 66?

Perhaps we may never know.

The historic Route 66 is full of rich stories of American exploration and adventure.

U.S. Route 66 (US 66 or Route 66), also known as the Will Rogers Highway, the Main Street of America or the Mother Road, was one of the original highways in the U.S. Highway System.

In his classic novel The Grapes of Wrath, John Steinbeck called Route 66 the “Mother Road” because it beckoned to desperate migrants fleeing the Dust Bowl as they moved west in search of jobs in the 1930s. But in the years after the Depression, the highway took on mythic status as America’s main street for adventure.

I’m ready to do it! What do I get when I back the FIRST ISSUE of

WEIRD and STRANGE TALES on Route 66?

Every single backer gets…

Plus signed copies of the limited first edition are yours for the taking and so much more. You make the choice.

Okay, so maybe we can’t ship you some tabouleh, but we can ship a few extra rewards if we make our stretch goals.

There really aren’t a whole lot of risks or challenges. The work has been done, we just need to raise the money to print this book.